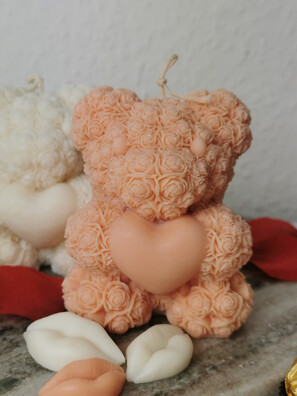 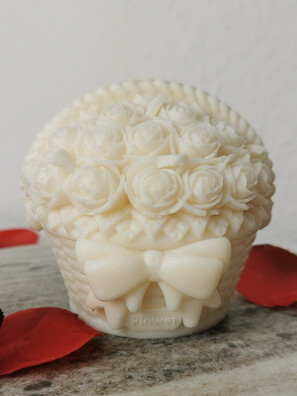 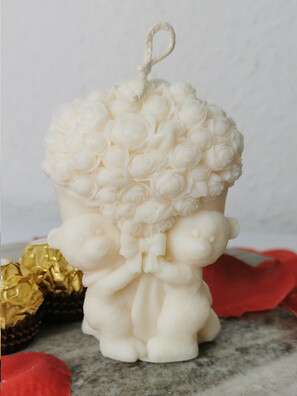 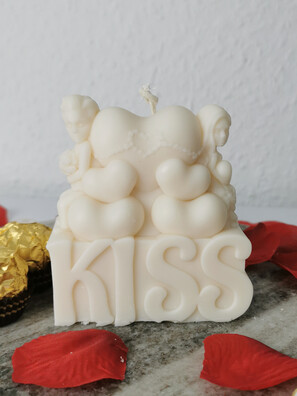 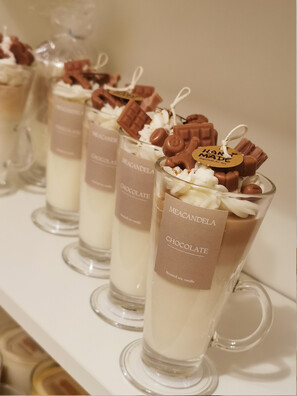 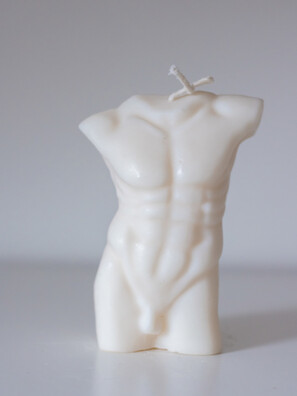 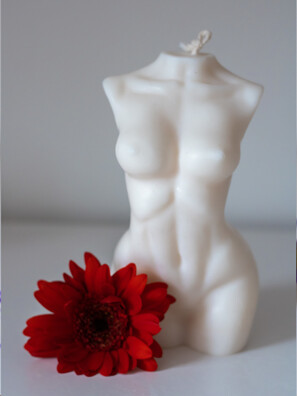 Why choose a soy wax candle?

Candles can conjure up an extraordinary mood and make even simple everyday activities such as dinner or reading a book extraordinary ... unforgettable.

They used to be the only source of light and natural resources such as beeswax or animal fat were used for their production. Today, such animal fat candles would not only be very expensive, but also raise many ethical questions. We are talking especially about vegans who do not support the use of animal raw materials in any form.

The most popular candles are those made of paraffin, which is one of the by-products of oil or tar refining.
Apart from the only advantage which is its low price, it has only disadvantages.
Burning paraffin produces many toxic compounds which are very harmful and dangerous to health when inhaled.
That is why soy candles are becoming more and more popular.
The wax used in them is made of hardened soybean oil, which makes it non-toxic and environmentally friendly.

It has many advantages:

Soy wax melts at a low temperature - around 45-50 degrees Celsius (which is 10-15 degrees less than the hard paraffin used in candles). Thanks to this, you cannot burn yourself with it. It is also used for massage. Due to the low melting point, the aromas are better released from the candles - they are not burnt, but are released into the air (also due to the fact that the soybean candle melts its entire surface while burning).

Soy wax is also easily removed from various surfaces. So you don't have to worry that the wax contamination will irreversibly destroy the material with which it has come into contact. All you need is water and a little soap.

Soy wax burns "clean" - no smoke, leaves no soot. If we compare it with paraffin, we must mention substances such as benzene and toluene (petroleum derivatives), which soy wax, unlike paraffin, does not release when burned.

Benzene, and more precisely its vapors, are highly toxic and carcinogenic. Does burning paraffin candles cause you dizziness or headaches? These are the first symptoms of benzene poisoning. During a few hours of burning a candle, we do not take it in a large dose, but if you use paraffin candles regularly and smoke them several hours a day - you are poisoning your body by regulating it.

Toluene is the second compound released when paraffin is burned. It causes dizziness, drowsiness and is harmful to our lungs. Highly not recommended for pregnant women. It also lowers the ability to learn.

It is also worth mentioning that during the burning of soy wax, several times less carbon dioxide is emitted. So if burning candles is a frequent ritual for you - it is worth giving up paraffin products and choosing soy wax, beeswax or rapeseed wax.

3. The smell in the soy candle

Soy wax is one of the best fragrance carriers. Soy candles perfectly release aromas into the air, and these float in our apartment for a very long time (even several hours after the candle is extinguished).

In addition to the aesthetic, fragrance and ecological aspects, the burning time of the candle is also very important. Candles made of natural soy wax last twice as long as those made of paraffin wax.

It goes without saying that most of the candles on the market are made from a by-product of oil refining.
Why?
The answer is simple - it is extremely cheap.
The economic argument still plays a significant role in purchasing choices, so let's be aware that we, as consumers, largely influence the change of trends. When choosing decorative and scented candles,
it is worth betting on those made of natural ingredients.

They not only look and smell beautiful,
but they are completely safe for us and the environment.

Let's remember about it!

Your Cart is empty
Amount:
0 EUR
Go to the shopping cart
Wish list
No products selected